IPA Canada is a national NGO whose mandate is to protect and promote the child’s right to play. Canada has a long association with the International Association. In 1978, Canada hosted the World IPA Congress in Ottawa, Ontario. In 1990, on behalf of the Canadian Council on Children and Youth, the Children’s Play Resource Centre in Vancouver undertook to organize and promote IPA Canada.

The current membership is made up of dedicated child advocates from a variety of backgrounds including early childhood education, recreation, teaching, post-secondary institution instruction, research, landscape architecture and playground equipment supply. 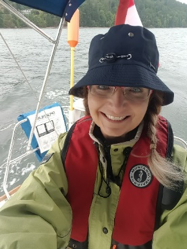 Marjorie Cole, President – Marjorie has over twenty-five years experience in the education field. She is an Alberta-certified teacher and has taught children of all ages ranging from preschool to post-secondary, from public to private schools, and from provincial to international settings. Marjorie is located in Calgary where she currently works in the field of early intervention for a play-based service provider as well as teaches part-time in early childcare certificate and diploma-based programs. In addition, she delivers presentations and workshops for a variety of organizations. All of these interests allow her to share her passion for play and for helping children and their educators achieve their potential. Marjorie is a mother to two children and a dog named Sophie who also loves to sail. 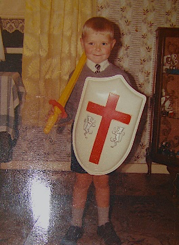 Alex Smith, Vice President – Alex is an independent writer/researcher and founder/editor of the award-winning blog, PlayGroundology. Over the past 10 years, Alex has become an ardent play advocate producing original content and curating material for international audiences in over 150 countries on a variety of social media platforms. Alex programs public play events, presents at conferences and participates in panel discussions. The family backyard, aka the PlayLAB, in Eastern Passage, Nova Scotia is a magnet for neighbourhood kids looking for some loose parts adventure. Over the last several years he has appeared in a variety of media venues – CTV, HuffPost, Global TV, CBC Radio and TV, The Globe and Mail, Canadian Press, Today’s Parent, News 95.7, The Chronicle Herald and The Signal –to share stories about the transformative power of play. Alex is a father of five and a grandfather of two. 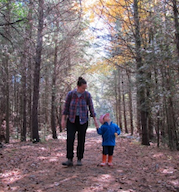 Heather Coe-Nesbitt, Secretary – Heather has been an educator for over fifteen years. She is an Ontario certified teacher and started her education career as a Kindergarten teacher in Shanghai, China, where she worked within a multilingual, play-based learning environment. Through this experience, Heather came to truly appreciate the power of play as essential to young children’s well-being and found that play was the common language among the children in her classroom. Heather is an Adjunct Assistant Professor at the Faculty of Education, Queen’s University. As a researcher, Heather is interested in the ways that educators and learning environments help to support student thriving and well-being, and endeavours to incorporate the voices of young children into her work. She is a mother of a very active and inquisitive three-year old daughter, who keeps her busy and playing both indoors and out. 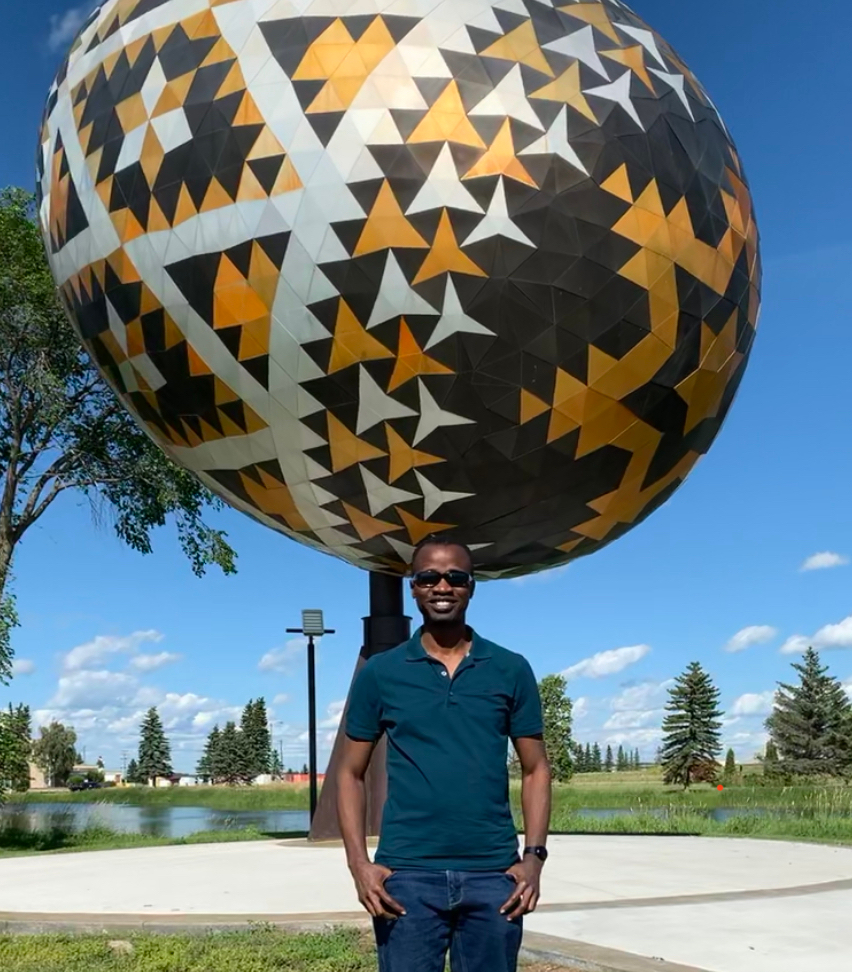 Wale Osideko, Treasurer – Wale joined the Board of IPA Canada in July 2020. He is a financial expert and holds professional accounting designations in Canada, United Kingdom and Nigeria. He has over 10 years experience serving with other service organizations. Twice, he served a local Rotary club as a Treasurer and currently serves as the club’s President Elect. Also, he is a Chartered Professional Accountants (CPA) Canada Financial Literacy Volunteer and has made presentations to children in their school. Wale enjoys helping kids to maximize the learning (include play) opportunities open to them. 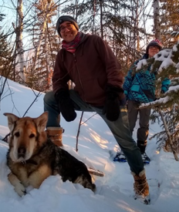 Pierre Harrison, Past President (inactive) – Pierre has been involved with IPA Canada since 2005, serving as president from 2009 to 2019. He is an Ontario certified teacher, a learning through play and inquiry specialist, and a children’s right to play advocate. Pierre has been involved in non-formal learning since 1985 and in 2003, he launched PLAYLearnThink, a social enterprise focused on promoting child-directed play. Pierre facilitates Adventure PlayDays in school and community settings across Canada. He keynotes nationally and internationally on play, inquiry and learning and facilitates training workshops for adults across the country and in Europe. Pierre lives with his family in an off-grid straw bale house in the beautiful forest of Northern Ontario, where adventures abound and imagination soars. 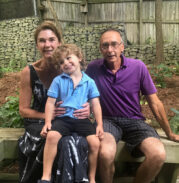 Lynn Campanella, Director at Large – Lynn is a play and recess specialist. It started in 2001 with her first playful business, Lettuce Make Thyme (for a fun, active lifestyle. No, this was not a catering company, just a play on words), where she was the first to bring Giant Games to North America. And now, with Playocracy, a social innovation company that creates workshops and resources to (1) proclaim and demonstrate the value of play, (2) provide a sustainable and successful solution to recess problems with the Recess Architects Blueprint™ and (3) support global physical literacy. Lynn has chaired or co-chaired several events, one being the Ontario Physical Literacy Summit (the longest-running physical literacy conference in the world!). As a member of the Kiwanis Service organization, Lynn organized and ran Hamilton Play Days, and she has written articles for magazines and newspapers in Canada and the US. Lynn has also been a member of the US Play Coalition since 2011. Lynn is married to Guy; they have a daughter, Rachael, son-in-law Steve and grandsons, James and Adam. James and Adam are a true blessing and an ideal source to witness the wonder of play. 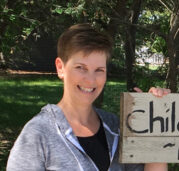 Cindy Curry (ECE III, CAE), Director at Large – Cindy has been in the field of Early Childhood Education for over 32 years. She has worked on the front lines as well as held various roles in management including director of a non-profit child care program. She currently operates a licensed group family child care program, a forest and nature school program, facilitates workshops for various groups, instructs at Red River College, Portage Campus in the Early Childhood Education program and is an active advocate for children, childcare, and early childhood educators. Cindy’s philosophy is based on knowing and understanding the importance of letting children play. As an ECE she can tell you all the benefits and how children learn and develop through play; the play where adults stand back and just let it happen. She thinks the message needs to be that children need to play and to be joyful in it and we as adults need to let go of thinking we need to control it. We need to just let them play! 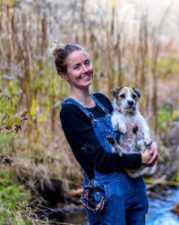 Caileigh Flannigan, Director at Large – Caileigh supports children’s mental health and development through her role as a Play Therapist and Registered Social Worker in Ontario.  Outside of her career, Caileigh is a published outdoor play and loose parts researcher. She advocates for risky play in early childhood, and promotes natural outdoor play and gardening in city spaces. She facilitates professional workshops across Canada and is an online author for multiple internet blogs and websites. In her spare time, Caileigh enjoys hiking, kayaking, and biking with her dog. 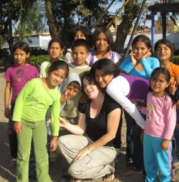 Janet Loebach, Director at Large – Janet has been a Board Member of IPA Canada since 2008, serving as Vice President from 2012-2019 and now serving as a Director at Large. She also served as the Program Chair for the IPA 2017 World Conference in Calgary.  Janet is currently based in Ithaca, New York where she is a professor in the Department of Design and Environmental Analysis at Cornell University.  Janet’s research, practice and advocacy work centres on the study and design of healthy, inclusive environments for children and youth.  In recent years she has focused particularly on examining patterns in children’s outdoor play and neighbourhood mobility, as well as the design and influence of natural playspaces on children’s play, learning and development. Janet believes that daily, child-led free play, outdoors and in nature whenever possible, is essential to children’s development and well-being, as well as their basic human right. 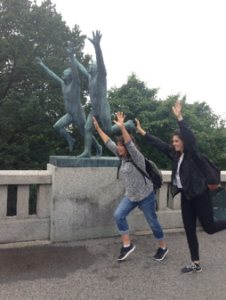 Mary Ann Rintoul (MA), Director at Large – Mary Ann is a Faculty Lecturer in the Faculty of Kinesiology, Sport, and Recreation at the University of Alberta in the area of children’s physical activity and play leadership. She is the director of ‘Play Around the World’, an academic cross-cultural service-learning course where students facilitate play and recreation for children of all abilities worldwide. As a passionate advocate for the Child’s Right to Play, she has served on the IPA Canada board since 2014. Mary Ann believes that play is so much more than an activity; it is a mindset and essential to growth, learning and joy. 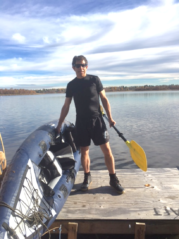 Paul St. Arnaud, Director at Large – Paul currently lives at Spring Lake in the Edmonton Region of Alberta. The majority of his work, volunteer time and as a parent over the last twenty-five years has been involved in planning and developing play spaces and leadership as well as promoting child friendly cities. Paul has been on IPA Canada committees and board for over 20 years. His favourite quote is: Time is a game played beautifully by children – Heraclitus. 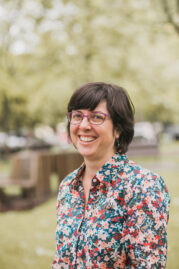 Stephanie Watt, Director at Large – Stephanie is a city councillor in Montréal. Since being elected in 2017, she’s worked hard to put play on the urban political agenda and to link it to climate change and resilience, mobility, equity and justice, urban planning and design, and housing.  Stephanie is active in Québec’s child-friendly cities movement, namely as a member of the board of directors at Espace MUNI, the UNICEF-affiliated organisation that oversees the province’s child-friendly cities accreditation.  Stephanie’s experience of pregnancy and motherhood in the city galvanised her advocacy for child-friendly cities and children’s right to play and led her to municipal politics. Before politics, Stephanie was an editor and book indexer and before that, she studied urban geography at Concordia and York universities.