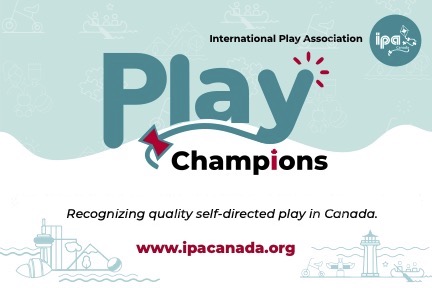 The International Play Association of Canada (IPAC) is launching a new Play Champions program coinciding with World Children’s Day as celebrated by the United Nations each November 20th. Canada is a signatory to the United Nations Convention on the Rights of the Child (UNCRC) which it ratified in 1991. Much work remains to be done in Canada and internationally to ensure that all children are treated with dignity and respect.

The  Play Champions program recognizes individuals and organizations that demonstrate exemplary leadership in the provision of play orientated initiatives and contribute to quality, self-directed play for children and youth. It extends throughout the calendar year.

The stories of those honoured as Play Champions will help serve as a reminder of the value and importance of play in children’s lives. They will also shine a light on the good work being done to promote, program and protect the right to play as embodied in UNCRC’s Article 31.

Any Canadian citizen or organization that focuses on the rights or the opportunities for children and youth to experience high quality play may be eligible to be recognized as a Play Champion by:

For detailed Play Champions information download the program summary and the application/nomination.

It is with great pleasure that the International Play Association of Canada names Pierre Harrison as the inaugural recipient of a Play Champion award. 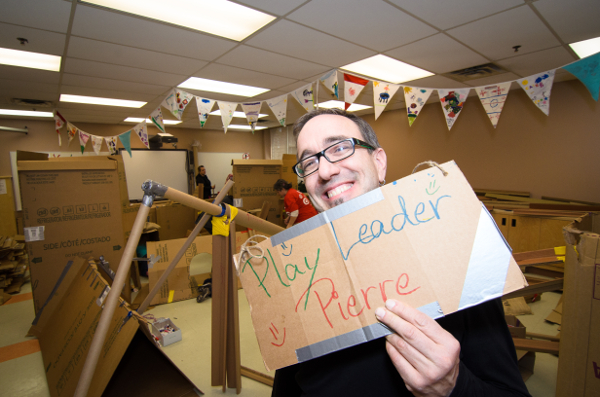 Pierre Harrison is the founder of PLAYLearnThink launched in 2003. The social enterprise advocates for play by providing Adventure PlayDays in schools and community spaces as well as training for adults to further their understanding of play and by supporting municipalities and organizations on their journey of play provision. Harrison believes that play is the fundamental element necessary to create a sound foundation on which to build a healthy, fulfilling life. Observe any child or group of children completely engaged in play and you will see what we mean.

Harrison has been involved in formal and non-formal learning since 1985 and has worked at various education centres in North America and Europe. Pierre first became involved with IPA Canada in 2005. He has led numerous projects during that time, represented the organization in a variety of venues, served as President for several years and most recently as Past President until September of 2021.

Pierre Harrison can be reached at pierre@playlearnthink.com.